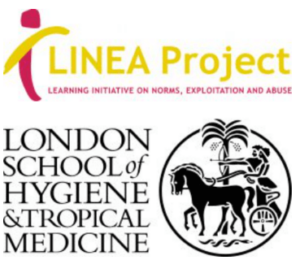 This webinar explored the social norms marketing approach used by the Voices for Change initiative to inspire young people’s attitudinal and behavior change towards women’s role in household decision-making, women’s leadership, and violence against women and girls in Nigeria. The Voices for Change team shared insights around the design of the approach and the monitoring and evaluation system developed to track the audience response to the mass-media communications, changes in attitudes and behaviors throughout the period of implementation, and how the change happened.

The 5-year pilot program, funded by DFID, aimed to build the evidence base around what works in social norms change for gender equality and challenge discrimination against women and girls using mass media approaches to inspire 16-25 year-olds to change attitudes and behaviors. In designing the program, the team wanted invested in context-specific analysis to understand what resonated with their targeted audience in terms of language, messaging, and style (recognizing that this often varied from state to state, city to urban context). 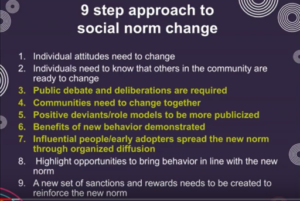 The design team also sought to utilize their existing spaces for information exchange and communication, and the key social influencers, and infuse the ideas into those spaces. Informed by analysis of usage and reach, the team selected several mechanisms for disseminating their messages, initially selecting storytelling via radio shows to convey their messaging. They also sought to work with influential traditional and religious leaders as champions, guiding them through personal transformational approaches, and amplifying their voices through radio and television adverts.

With a view to building the evidence base, the pilot invested heavily in monitoring, evaluation, and continuous learning throughout the implementation period. Continuous monitoring through informal mechanisms such as social media, radio discussion fora, feedback from online academy of participants, and qualitative focus groups helped adapt the messaging to be more resonant to their target audience.  Analysis from participant surveys and analytics also helped shift the campaign’s strategy when they realized the radio shows were popular but ineffective in conveying the themes of gender equality. This led to the team’s decision to change to the “50/50 campaign” to use social media influencers to generate discussions at scale, and more transformative work was concentrated on physical and virtual spaces for self-reflection and personal change. In this way, the pilot’s theory of change and associated indicators needed to be changed a year into the project to achieve their objective.